Memorial Day: Are You Actually Observing What the Day Really Means? 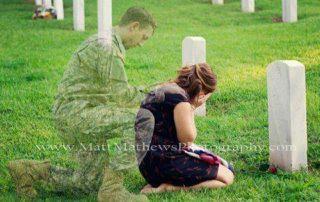 Ever since Congress declared Memorial Day a Federal Holiday and gave a 3-day weekend to the country, most Americans shifted their focus from what the day really meant to enjoying the unofficial start of summer. This is an unfortunate trend in our country of declaring national holidays for important events and ignoring what they really mean.

Time for a little history lesson.

General Order 11, made by General John Logan on May 5th, 1868, declared a day of remembrance when flowers were to be placed on the graves of Confederate and Union soldiers. Women’s groups in the South had already been commemorating their dead since 1867 and most of the South ignored the order from the National Commander of the Grand Army of the Republic. By 1890, all states in the North recognized May 30th as Memorial Day to honor the Civil War dead. It wasn’t until after World War 1 that the Southern states began honoring ALL war dead on Memorial Day and it wasn’t until 1971 that the Day was celebrated every year on the last Monday of May.

The day used to mean people would gather at veterans cemeteries and care for the graves of the dead soldiers as well as leave flowers on the headstones. But…does that happen now? Not everywhere.

While you spend time with family and enjoy grilling out, being outdoors and having a good time, remember why you can do that in this country…and the men and women who secured that right. Memorial Day is sacred and solemn. Try to take a few minutes to remember. Visit this website for more information on how to make Memorial Day more important for our country.

Socialize and spread the knowledge!

This entry was posted on May 28, 2012 by wistatetreasury. It was filed under Uncategorized and was tagged with Federal holidays in the United States, Grand Army of the Republic, Holiday, John Logan, Lyndon B. Johnson, Memorial Day, State Treasury Wisconsin, wismissingmoney.com, www.wismissingmoney.com.

Office of the State Treasurer

Error: Twitter did not respond. Please wait a few minutes and refresh this page.

Posts for the Month!